Sigrun Slapgard is a Norwegian writer, international reporter and documentary director. In 2007 she published a biography on Sigrid Undset called "Dikterdronningen". The biography is later translated to several languages. Slapgard has also written books from her work as a war reporter and from her years living in Latin-America, Africa and the Middle-East.

In 2002 her biography about the famous Norwegian war correspondent Lise Lindbæk, "Krigens penn", was awarded the Melsom prize, the book was further nominated to the Brage prize for best non-fiction.

Slapgard has worked as an anchor and made several documentaries for the Norwegian Broadcasting Company.

In 2018 Slapgard published the book "Eg har sett jaguaren", a literary documentary based on her work in Latin America.

Her newest book from 2020 is also a documentary based on a biographical story: "A secret story. Volunteer and special agent" about the Norwegian Wilhelm Holst. This bestselling book was shortlisted for the Brage Award and broadly acclaimed by literary critics.

Sigrun Slapgard is presently living in Skåbu, in the outskirts of the Jotunheimen mountains, working fulltime as a writer. 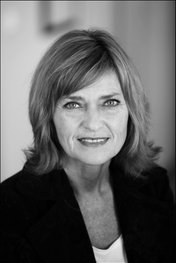